Japanese cuisine at the restaurant "Tsarivka" - Spirit of the East 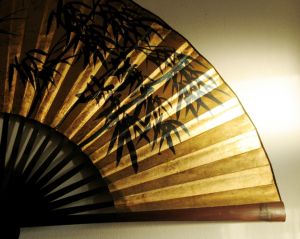 The guests of HRC “Tsarevka” pay special attention to the unmatched kitchen of eponymous restaurant offering the most popular and delicious dishes of exotic Japanese cuisine in addition to traditional favorite dishes of Ukrainian and European cookery.

For the European people East had always remained a mystery. The eastern cuisine and in particular, the Japanese one, is not an exception. Due to the long history, customs and traditions of the Japanese cuisine it brings exciting and unusual magic in the Western world. It differs with its originality and a certain atmosphere even among other Asian countries. Only recently it had been popularized in Europe and opened its secrets for Ukrainians. It should be noted that Japanese cuisine immediately gained immense popularity, primarily due to exotic dishes and food affordability for anybody.

Another feature is the portion amount of each dish. Japan occupies the first place in the world in terms of body shapes of its residents and their longevity. This is because food is served in small portions and carries "lightness" inside, keeping people from oversaturation. We also try to maintain this tradition in Japanese cuisine restaurants in Kyiv. 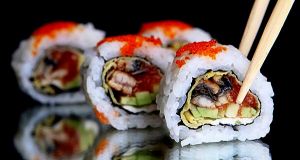 One of the most important secrets of cooking Japanese dishes can consist of the selection of products in the most careful way, in paying special attention to the products themselves and their treatment, beauty service and harmonious atmosphere, which can not be found nowhere else among the world cuisines. Our Japanese cuisine restaurant appeared to be able to convey all the atmosphere, which Japan is famous for and create a harmonious blend of taste, decorating of dishes and entourage. According to outlook of the Eastern countries everything in the world is agreed and inseparable from each other and, therefore, each element i.e. products, dish, interior, table setting and food serving - all these components should form a single composition.

The main task of our cookers in Japanese cuisine restaurant is to preserve the original properties of the best gifts of the earth and sea, which have the honor to be on your table. Things created by nature are unique and no one will ever be able to create better ones, that is why the main task of Japanese cuisine is not to create but just to find and open. All the excesses to the nature of the product are considered to be barbaric.

For our visitors we recommend to order “Dragon Collection” consisting of three rolls of different characteristic flavors: Gold with eel and Japanese mayonnaise, Red with salmon, tobiko caviar and Green with avocado in the form of maple leaves.

Table setting plays crucial role in creating necessary atmosphere, harmony and comfort. It is very important for the Japanese, because they "eat" with the eyes. Japanese cuisine restaurant ”Tsarevka” pays full tribute to these traditions and preserves the spirit of the East, its elegance and sophistication as well as passes all these things into magic cuisine. Japanese cookers are the best ones in serving dishes and fancy decorations: the dish may reflect particular season. So do not be surprised when you find carrot slices cut in the form of maple leaves in the soup if you come in a Japanese restaurant in the fall. 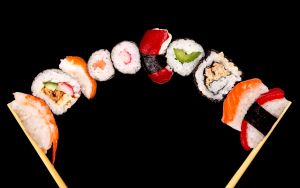 Do not forget to pay respect to the Eastern traditions and finish your meal with a fragrant green tea that will give you ease and cheerfulness.

Visit the restaurant complex “Tsarevka” where cookers and waiters carefully observe all the rules and traditions of Japanese cuisine in order to fully experience all the details of such unusual and distinctive cuisine. Every dish will bring even more joy in the natural surroundings. After the meal you can relax in comfortable rooms or take a walk through the woods, sit in the pavilion by the lake, filling your body with the energy of nature for future achievements.