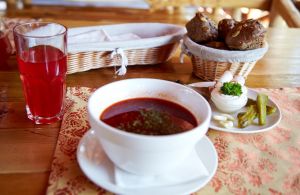 Ukrainian home cuisine is widely known and stands out for its originality among cuisines of other Slavic nations. And such dishes as borsch and varenyky have firmly entered the menu of international cuisines far beyond the borders of our country.

The process of food cooking in Ukraine has always been practicability-oriented, often both breakfast, lunch and dinner are cooked into one oven. That was the oven which helped vegetables to retain all important vitamins and minerals during thermal processing.

During the lifetime the Ukrainian home cooking has passed a long and very interesting way from simple meals to compound dishes cooked in several ways. The neighboring countries, as well as numerous wars with other nations, who brought to the territory of Ukraine the features of their cuisine had significantly influenced the national cuisine of Ukraine. Ukrainian cuisine in Kiev, as well as throughout the Central part of Ukraine has also been influenced by Russia. However, this had not changed Ukrainian cuisine, but rather gave it its own unique style. Thus it acquired its own regional features. There are dishes that are typical only for western Ukrainian area or preferred exclusively within its eastern regions. 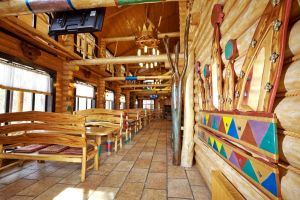 Restaurant of HRC “Tsarevka” as all topnotch restaurants proposing Ukrainian cuisine, mainly tries to adhere to the traditions of cooking; like our ancestors, we give preference to products grown on their native land in environmentally friendly way - pork, salo, beet-root, wheaten and rye flour, vegetable oils and dairy products. 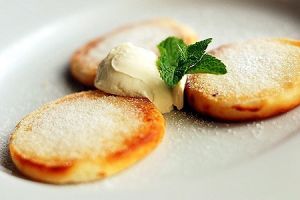 We recommend for breakfast syrniki with raisins and sour cream or homemade sweet varenyky: sweet ones – filled with cherry or farmer cheese; and salty ones – filled with potatoes or cabbage. A delicious espresso or gentle but invigorating latte Macchiato can become the finishing touch of a filling and healthy breakfast.

If at the lunchtime you will find yourself under our roof definitely taste “Borsch by Tsarevka”, brewed in the traditional way using veal meat. This dish is served with the special garnish – the gentlest salo, cut and rolled into transparent slices, cucumbers pickled by ourselves, garlic and croutons made of Borodino bread. 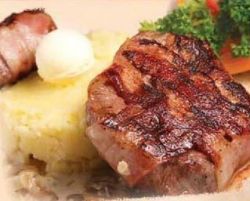 Excellent meat dishes are best fitted for an extensive dinner after a busy day, as well as for fun gatherings with friends. HRC “Tsarevka” recommends veal medallions wrapped in bacon and roasted over an open fire, served with a delicious mushroom sauce with the garnish made of mashed potatoes, and cold beer in the summer or something warming in cold weather would be a perfect drink after meal.

One of the peculiarities of Ukrainian cuisine recipes is the variety of baked goods, among which a special preference is given to unleavened dough - simple, choux pastry, shortcrus and short pastry. We can name a few popular examples such as varenyky, dumplings andother shortcakes. Ukrainian cuisine restaurant near Kiev offers a large variety of baked goods, both savory and sweet: pancakes and dumplings with various fillings, potato pancakes and, of course, homemade bread. 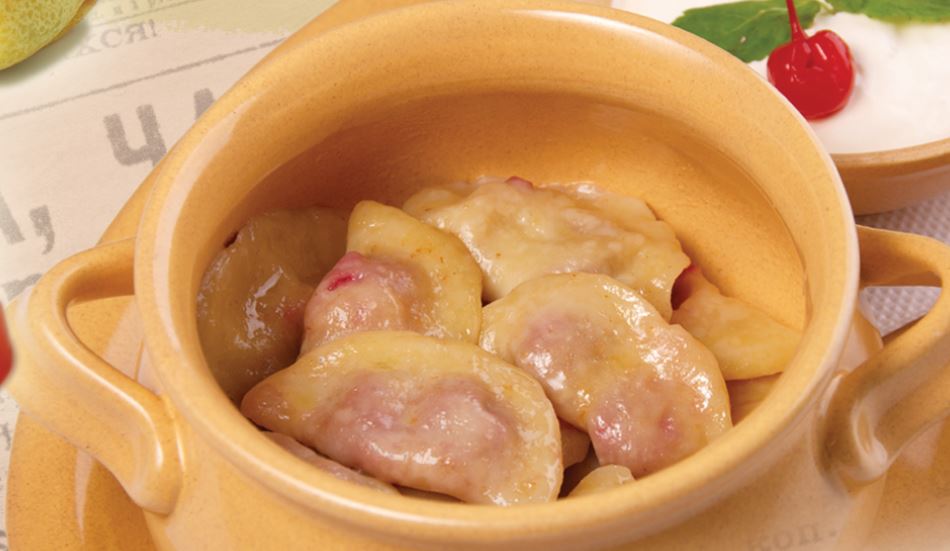 Ukrainian cuisine places are becoming increasingly popular and demanded in business community, family and friendly feasts. Lovely Ukrainian style cuisine reminds every visitor of “Tsarevka” restaurant of our ancestors, and of Ukrainian culture and way of life. Also it will give the original atmosphere and good mood. 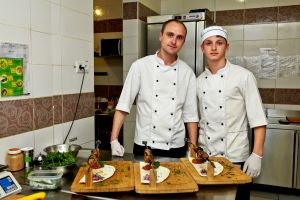 Ukrainian cuisine restaurant “Tsarevka” is not just a place to have something to eat, but it is also the "face" of the national food culture of the Ukrainian people. We trace the history of our country by cooking meals in an “old-fashioned” method.

Ukrainian cuisine restaurant in Kiev “Tsarevka” has been recognized to be the best among the many places offering national cuisine and can also be a great place for children's parties. Varied menu, amazing skills of the cookers, excellent service, a variety of additional services of the complex and beautiful nature will catch the fancy of the visitors.